A Behind the Scene Look | Christie’s Lates

Think Christie’s, and we think of a fierce rivalry with Sotheby’s,  in the battle for the top 1% to parade their wealth whilst sipping champagne ….. Now you have the opportunity to go behind the scenes, as they open their doors once a month to the general public….. 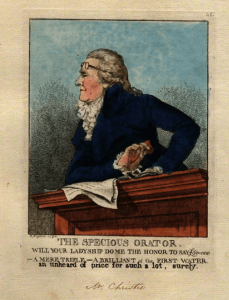 Christie’s is a 250-year-old venerable institution and was founded in 1766 by James Christie.  I had, of course, heard of Christie’s, and have recently discovered this monthly open-doors event.  The idea behind Christie’s Lates can be summarised in one adjective: accessibility.

The entire premise of this event appears to be focused on promoting a better understanding of what goes on within this world-renown auction house.  The notion of an evening out at one of this most venue, where thousands of pounds are spent with the mere flutter of a paddle, filled me with a great deal of curiosity.  In the absence of a lottery win, and not having a million or so to spend in recent years, the auction’s at Christie’s are not events that I have had cause to frequent.  So as an auctioneer novice, I travelled to South Kensington…..

Upon arriving, I was expecting to see some sort of grand entrance waving hordes of Rolls Royce’s to drop off clientele en-route to their millionaire’s supper.  In truth, it’s a great deal more inauspicious.

As I was a little early, and not wanting to appear too eager like a kid waiting for his new movie to open, I opted to begin the evening by seeking out some liquid refuge.  Opposite Christie’s, I found a delightful little French restaurant, who despite their policy of only serving drinks with food, took pity on me and allowed a small glass of wine to accompany me whilst the 6.30pm open time approached.

Putting on my most serious and “this is a typical day’s event for me’ look, I was welcomed in by two hostesses, and pointed downstairs to the cloakroom.  After relieving myself of bags, I returned with a spring in my step back upstairs, and ready to absorb everything Christie’s had to offer.

It would be fitting to say that the first item that stole my attention was a four-hundred-year-old High-Renaissance masterpiece, but in truth, it was what appeared to be a perfectly neat row of sweets & candy that were meticulously presented to patrons to enjoy alongside their Chablis.  As I navigated around the bustling crowd, my speculations were confirmed, and that these were indeed a vast array of 80’s & 90’s style sweets, brimming with Coca-Cola bottles, liquorice rolls, and marshmallow twirls.  After helping myself to this unexpected sugar-surge, I began to explore.

The format is as simple, as it is unobtrusive.  You are able to meander through the ground level rooms, where the walls are adorned with various pieces of artwork that are due to be included in upcoming auctions.  I remember feeling a sense of complete relaxation, as I was able to walk around, a glass of wine in hand, still riding the crescendo of a sugar-high, and breezing through at my own pace.  As this is a pure spectator event, there is no pressure to participate.  The rooms were filled with all sorts of wonderful artefacts, from paintings, sculptures, jewellery, and some wonderful eighteenth-century French furniture. 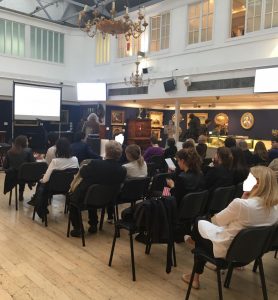 One of the more popular stands was the Christie’s resident wine specialist, who was on hand to present a series of fifteen-minute immersions into the world of ‘fine’ wine (‘fine’ being a wonderful euphemism for people who can afford to pay several thousand pounds per bottle).  The talk was lively and engaging, with vignettes of knowledge dropped in for good measure.  The pinnacle of this was the opportunity to sample a taste of what would be considered the low-end of the fine wine spectrum (but still more than any of us mere mortals would pay at the supermarket).

Finally, as I headed into the main hall, I plonked myself down in the audience for a loosely-titled ‘presentation’ on some up-coming Napoleonic art & artefacts.  Not having the slightest clue about what constituted ‘Napoleonic’, we were nonetheless treated to a wonderful oratorical discourse from the seller, who recited his own wonderful (and animated) story from his own humble origins.

Christie’s is located just a five-minute walk from South Kensington tube station.  With the event taking place the first Tuesday of every month, it provides a brief window to take advantage of this opportunity.  Doors open at 6.30pm, and there is no cost of entry to this event. Cloakrooms are free, and there is a modest selection of red & white wine from the make-shift bar, along with soft drinks.  Aside from the sugary treats, there is no food served.  There are ample restaurants and bars within its immediate vicinity, so lots of opportunities for post reflection.

I thoroughly enjoyed the evening, and will certainly take advantage again in the future.  It’s an inexpensive, low-key evening.

Going Once: 250 Years of Culture, Taste and Collecting at Christie’s (Amazon) 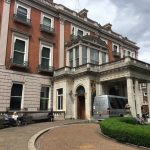