We show deference to history’s great Polymath’s, which includes Aristotle, Leonardo da Vinci, Benjamin Franklin, and Sir Isaac Newton.  Whilst we may feel there is much to separate us from these great thinkers, behind the individual lies a sentiment which is far easier for us to connect with, one that is manifested in the etymology of the word Polymath, which means “having learned much”.  Post the industrial era, there is a growing community who champion against the ubiquitous belief in hyper-specialism.  Our complex world demands knowledge transfer, and the modern Polymath, which has many labels, is characterised by the ability to apply oneself to new situations and domains, through analogous, polarity, and lateral thinking.

In this post, Jin Wu, a self-styled Polymath with an impressive track record of diverse interests, shares how her passionate thirst for knowledge and new experiences have yielded new ways of looking at the world and her contribution to it.

How would you describe a Polymath? 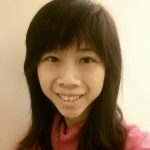 I would describe a Polymath as someone who is a student for life.  Someone who is always hungry for the pursuit of knowledge, not just in one area, but in all areas of life.  As a result, the person is constantly looking to better themselves.  This may eventually lead to expertise in multiple areas, and more creative ways to approach many problems, including some of the world’s most pressing problems.  I would personally differentiate a polymath from a jack-of-all-trades, in that a polymath intends to learn as much as possible in each of their areas of interest, often specializing in multiple areas.

What drew you to become focused on learning multiple disciplines, to begin with?

Learning multiple disciplines was always a means rather than an end.  In other words, it was never a goal but rather a description for my behaviour.  Growing up, I knew I was interested in multiple areas from a very early age.  Over time, the number of areas of interest grew more and more as I got exposed to more fields.

What’s the biggest misconception about generalism in relation to the more traditional hyper-specialism?

From my personal perspective, people tend to confuse generalists with jacks-of-all-trades.  There seems to be a misconception that being a generalist means you have shallow knowledge in many areas rather than specialization in one area, which makes you incompetent in most, if not all that you do.  Anders Ericsson’s 1993 paper claimed that it takes ~10,000 hours (~5 years) to become an expert in one field (although some refuted and others have mentioned double the amount of time).  By this claim, a single person can become an expert in at least five different fields in a lifetime. The marrying of different fields is where some of the greatest innovations have occurred.  Bernice Eiduson showed in her research that some of the world’s top scientists changed fields on average 43 times within their first hundred published papers.  The curiosity and exploration kept them fresh and allowed them to achieve greater results.  Some of the world-renowned scientists I personally know can certainly attest to that.

What is the most challenging part of understanding a polymathic approach to life and learning?

That’s a good question.  I don’t honestly know how exactly the other side sees us.  I can say that from my side, it’s difficult being a polymath as people don’t often understand why I can’t just focus on one thing.  This has also been a hinderance in my academics and professional career, as most people tend to have the misconception that I will be flaky or won’t commit to things.

If someone is thinking of adjust their spectrum of learning to wider topics, how would one go about that?

I would say the best approach is to remain curious and humbled.  Everyone you meet is a teacher.  Everyone you meet can teach you something you don’t know.  Try to learn as much about it as possible and add it to your collection of subjects to learn for life.  Here are some recent examples from my personal life in the last few years.

In 2012, I became interested in reading text of some of the world’s major religions in the original languages as a way to better my understanding of world religion.  I started out with the Bible and spent the next 7 months learning Hebrew, Aramaic, and Greek on my own before reading through the entire Bible in the next 9 months in these three languages.  This sparked an interest in learning languages, and I spent the last 8 years studying over a dozen languages to various degrees.

I also became interested in neuroscience.  I went on to work at five different labs across multiple universities and hospitals over the last four years.  I currently spend a third of my time each week working at a neuroscience lab and have plans for a graduate degree in the field in the coming months.

In 2018, I became more interested in teaching.  I then spent the last two years obtaining a teaching certificate and have since taught roughly 2000-3000 students in total across more than a dozen courses at my university and online through professional executive education. Each week, I give 1-3 lectures to hundreds of students and get weekly survey feedback that show me how to improve.

Around the same time, I also became interested in aviation, and spent months learning how to fly and fix airplanes. I went on to successfully fix a small Cessna plane with a team of people under the guidance of an A&P mechanic and a pilot (see picture opposite) and have plans of building my own plane and obtaining pilot licenses in the future when time, equipment, and space permits.

These are just some of the recent examples from my life.  I would encourage anyone who is trying to expand their horizon to just dive in.  Find out as much as you can about the subject.  If it’s helpful, you can form a plan for learning.  This could be setting up a learning schedule or enrolling in courses.  There are areas that I form very rigid plans with schedules and targets and other areas that are more free in structure.  Both approaches have worked well for me in the past. The most important thing, as Steve Jobs said once, is to “stay hungry, stay foolish”.

What does the future of the Polymath look like?

This is unfortunately an age of hyper-specialization. The future of polymath depends on the perception of polymaths in society. Kids are naturally curious about many different fields and frequently change their minds about what they want to be when they grow up.  As they get older, we force them to pick a field to focus on.  As time goes on, they become more conformed to the society’s ideology of hyper-specialization.  To change that, we have to start from children, stop killing their creativity, stop limiting their sense of wonder and desire to explore everything.  We have to stop pressuring our high-schoolers to narrow their focus and pick a career to stick to for the rest of their lives when their lives are just beginning.  I quickly realized that I had a much easier time finding a job fresh out of my undergrad than I do now with two more graduate degrees from an prestigious university, simply because all my degrees are in very fields of study, which was done intentionally to broaden my horizon. 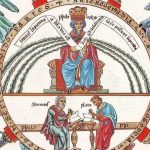 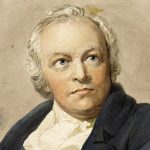