Operatic casting agent Sarah Playfair sat down with the Cultural Aficionado and shares her thoughts, motivations, and the enduring appeal that led her to a career in the world of Opera. 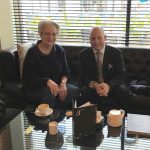 My job as an opera casting director involves working with directors, conductors and producers (and sometimes composers), to select appropriate singers for the work they are planning.  I am not usually the decision-maker but am expected to produce ideas and to comment on their ideas until the right cast is complete.  This may be relatively straightforward or extremely complicated, with every job being different.

A great deal of my job is based on attending performances and auditions.  I may watch a young singer for years before I see an opportunity for which I could suggest them, or I might be watching a show in which a singer immediately strikes me as being suitable for something I am working on.  Every job is different, and my approach changes every time.

What drew you to opera, to begin with?

My parents took me to my first opera at the somewhat late age of sixteen.  It was Mozart’s Figaro at Glyndebourne, and post this inaugural introduction, I was a frequent opera attendee.  I enjoyed it but there was no lightning bolt effect, but over the next few years I continued to visit when invited.  It was not until my mid-twenties that I began to initiate opera visits myself.

I was already working in theatre and dance when I began to think that opera might be a career for me.  Quite apart from the power of opera (when really well done), the primary fascination for me was the organisational complexity of the art form, and the huge numbers of people main-scale opera involves.  I was approaching it from the vantage point of a prospective manager.  Having already been a junior manager in theatre and dance, I retrained as an opera stage manager (realising that to manage adequately I need to gain knowledge and experience of the technical side of the theatre).

After a couple of years, I was offered a job as an assistant in the casting & planning department of the English National Opera.  After learning my trade there, I moved to Scottish Opera as Controller of Planning, then Welsh National Opera.  From there, Glyndebourne appointed me as Director of Artistic Administration for their Festival, which involved overseeing all artistic departments, including casting, chorus, orchestras, library and education and community work.  This was a hugely wide-ranging and challenging job, but ten years later I left Glyndebourne, deciding that I no longer wished to manage, and vowed to concentrate on the thing that I most enjoyed: casting.

What’s the biggest misconception about the world of opera?

That it’s not for everyone and anyone.  Many people are put off by the “black tie” perception and the expense, both of which are all too often perpetuated by the popular press.  Decent tickets are obtainable at less than the cost of a football match, and people can attend opera wearing jeans, more often than not.

They don’t realise that opera is around them every day.  It could be people have been listening to opera on film tracks or in TV advertisements, without realising it, and might even find some of it familiar if they do take a risk and go to a performance!

What is the most important aspect in casting an opera?

There is no single important aspect, as it all matters!  You need to consider the musical, vocal and dramatic demands of the role, the size of the performing venue (I don’t say theatre because many performances these days are not in conventional theatres or opera houses).  Equally, the requirements and style of conductor and director, and sometimes other specifications required by the producing company.

I do not regard myself as a vocal expert.  What I do is consider all aspects and look at a singer as an overall package.  I also need to try to understand where the conductor and director are coming from and fit my suggestions to what they seek. This can be easier if I have worked with them before, although not always!

Could you tell our readers what they should look for when considering attending an opera for the first time?

Just go with an open mind, without preconceptions!  If you are going to a well-known opera, it might be good to read the story beforehand, and perhaps listen to some of the music, as some familiarity always helps.

I find that the more I know an opera the more I get out of performances.  All of this is easily available on the internet these days.  We no longer have to borrow the discs and the libretto from the library!  Finally, there is no need to spend a lot of time on it. It is also fine just to turn up and see how it goes.  Gut response is always good!

What do you think the future of opera looks like? 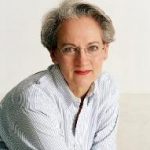 Small-scale opera, in particular, is developing at a huge rate.  The sheer inventiveness of producers, directors, composers and conductors is wonderfully exciting, and what is achieved, often on a shoestring, is extraordinary.  The country house opera companies are also expanding, producing (though not exclusively) mainstream repertoire, whilst also providing valuable training grounds for our young singers, conductors and others involved.

I am certainly not despairing.  Sadly though the steady reduction of public funding means that we will no longer see the major companies touring to all parts of the UK.  Those that still do tour (Opera North, WNO, Scottish Opera, Glyndebourne on Tour) are mainly limited to a small number of venues. However, there are still companies like ETO reaching out to a large number of medium scale venues.

Opera is certainly not dying, but we need to think laterally and consider and challenge our audiences, and the general perception of our wonderful art form. 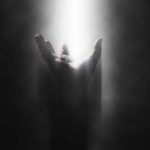 The Dream of Gerontius at Royal Festival HallAll Posts, Music 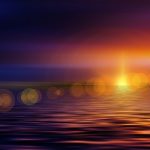