An Analogy to the Divine Comedy? | The Dream of Gerontius at Royal Festival Hall

On a sunny July afternoon, a visit to the Southbank Centre, or Royal Festival Hall, and a chance to submerge myself in Angels, Demons, Tragedy and Death… Just the way to spend a happy summers afternoon….

A few years ago, I was invited to join the Business Development Board as an Advisor to the Philharmonia, who is the resident orchestra of the Southbank Centre.   This afforded me the opportunity to become a semi-regular audience member, and so my foray into classical music concerts begun.

The Southbank Centre, which incorporates Royal Festival Hall, is located on The Thames just opposite another great London landmark.  This multi-functional building is home to a diverse set of events, however, the majority of events are art and music themed.  Today’s production was by the orchestra of the English National Opera (ENO), who were performing ‘The Dream of Gerontius’, a choral piece crafted by British composer Edward Elgar.

The Dream of Gerontius is a poem written by Cardinal John Henry Newman in 1865, shortly after his conversion 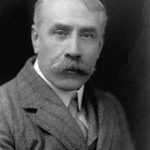 from Anglicanism to Roman Catholicism.  Elgar used the poem as a basis for his choral composition in 1900.  The piece was originally composed for the Birmingham Music Festival, and its enduring appeal has cemented its status as a central part of Elgar’s repertoire.

This Victorian poem relates the journey of a pious man’s soul from his deathbed, to his visitation before God, and then settling into Purgatory.  The narrative has a number of parallels to The Divine Comedy by Dante Alighieri, as they both chart an allegorical path of the afterlife (allegorical is a story, poem, or picture that can be interpreted to reveal a hidden moral or political meaning). 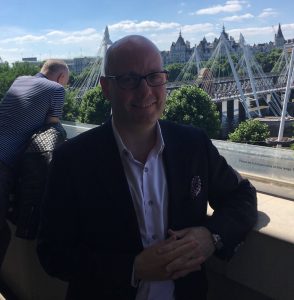 On one of the hottest days in July, I opted for the air-conditioned comfort of a taxi as I alighted from Waterloo station.  Within a few minutes we had arrived, and upon disembarking I realised that today’s event coincided with a world food festival being held in the Southbank grounds.  Making mental notes of the culinary options I would later gorge myself on, I navigated through the sumptuous aromas and headed for the entrance.

The Southbank Centre presents a very contemporary welcome and its functional design results in a rather bland and uninteresting aesthetic appeal.  There is a basic bar area on the ground floor, which given its proximity to the entrance, looked rather busy.  The heat of the day, coupled with my dubious wardrobe choice of a blazer and shirt, was now beginning to result in a rapid increase in body temperature.  I picked up my tickets, and decided to head upstairs to another main bar area, and frantically looked for a cool spot.  Out on the terrace, and eyeing a spare chair at a table, there was that familiar awkward moment of hesitation as I circled, sheepishly looked at the people, and then mumbling some form of “thank you”, committed my bottom.  Feeling the searing stares of the table residents, I thumbed through the programme with laser focus, and only occasionally looked up to absorb some of the beautiful views of Thames.  After what felt like an eternity, I finally heard the familiar ring of the starting bell, and then swiftly headed upstairs to my seat in the box.

The concert hall is of reasonable size, and I had a largely unobstructed view of the orchestra.  A beautiful luminous layer of dry ice was dancing over the stage, softly billowing and caressing each corner.  An imposing overhead light penetrated the cumulous floor-cloud, raising the emotional level, and creating a subtle level of supernatural energy.

This choral piece is cast into two parts: the first set in this world (pre-Gerontius’ death) and the second in the afterlife.  The performance opens with a dark, atmospheric melody, which fills us with a sense of foreboding lasting for several minutes. After much agonizing anticipation, the first line of the Prelude provides both relief and then despair, as Gerontius tells of us of his tragic circumstance by uttering “Jesu, Maria – I am near to death”.  From here on in the narrative and tension builds, dominated by the tenor soloist, the drama of death and passage from this world to the next ensues. 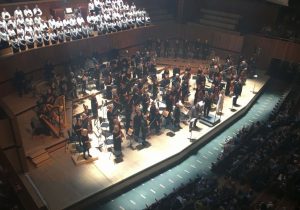 The chorus of BBC singers provides a powerful background dimension of divine judgement and religious imagination throughout the performance.  For those who have not sat through many classical music concerts, the temptation is to view this as a pure exercise in listening.  Fully understanding the sentiment of the narrative, one of which embodies a human perspective of the Catholic faith, together with the power of instruments and communal singing, really does ensure a compelling visual and audible experience.  The key really is to understand the context, otherwise abstract listening can very quickly become tedious.

I wanted to save one last word for the Tenor (Gwyn Hughes-Jones) and Mezzo-Soprano (Patricia Bardon).  They were very impressive, and their energetic and persuasive voices provided a wonderful intensity, resulting in a a child-like maternal mood of the afterlife.

The Southbank Centre is an easy hop from Waterloo station, which serves both the Northern and Jubilee lines.  If you are fortunate as I was and have a glorious summers day, then you will experience one of the visual treats of London.  Sitting outside overlooking the Thames is a perfect spot for people watching.

Tickets for this type are event are very competitively priced, ranging from £30 up to a modest £60 for a box seat.  The range of facilities is very impressive, with plenty of gastronomic options both within the Southbank Centre itself, and along the Thames.  Dress code is very informal indeed.  You can sit easy and feel comfortable across the range, from the completely casual, to others, like me, who decide to opt for a more formal style.

Without a hint of pretentiousness, the venue and ease of access make the Southbank Centre a perfect venue for your debut into Classical Music.

The Dream of Gerontius (Wikipedia) 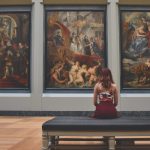 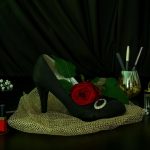