If we accept beauty, effectiveness, and artistic merit, are the foundations of musical appreciation, then we must accept that there are no universal truths in our ability to decern them.  Music is personal.  Attitudes of good and bad, and shifts from resentment to awe, can be finite.  Progressives have always sought to redefine the boundaries of these truths, by forcing us to challenge the very fundamentals of music’s capacity for direct-to-heart communication.  But traditionalists can be a fickle bunch.  Progress requires a contemplative dimension.  Claude Debussy once said “Music is the silence between the notes”.  Somewhere between those sweet melodies and rich crescendos, when we resist the temptation to fill the void, we may find something illuminating.

The Cultural Aficionado is delighted to welcome guest blogger Frances Wilson: founder of The Cross-Eyed Pianist.  In this post, Frances shares her experiences of John Cage’s polarising and provocative piece 4’33”, and her reflections of how it could challenge our traditional heuristic approach to music. 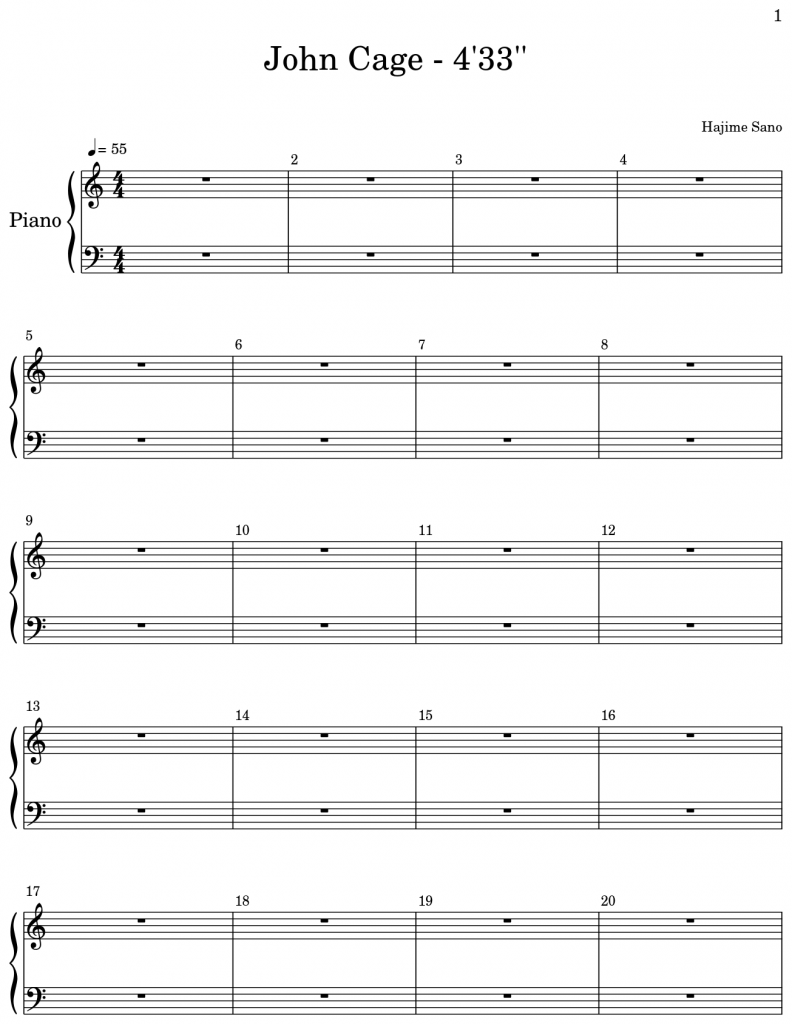 “They missed the point. There’s no such thing as silence. What they thought was silence, because they didn’t know how to listen, was full of accidental sounds. You could hear the wind stirring outside during the first movement. During the second, raindrops began pattering the roof, and during the third the people themselves made all kinds of interesting sounds as they talked or walked out.”
– John Cage, speaking about the premiere of 4’33” 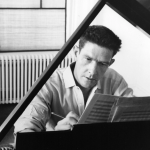 A minute’s silence can feel like a long time when one is required to stop and focus on that time passing – as at 11am on Remembrance Sunday, for example. John Cage’s most famous and most controversial composition, 4’33”, at just over four-and-a-half-minutes, is surprisingly long when one is at a performance of it. Such is the way that this work is presented, one is required to listen and focus on the performance just as one would any other piece of music performed in a concert.  When John Cage conceived 4’33”, in the years immediately after the Second World War, he was attempting to remove both composer and artists from the process of creation. Instead, by asking the musicians specifically not to play, Cage allows us, the listeners, to create our own music, entirely randomly and uniquely, by listening to the noises around us, and removing any pre-conceptions or pre-learned ideas we may have about what music is and how it should be presented and perceived. The work is an example of “automaticism”, and was, in part, Cage’s reaction to a seemingly inescapable soundtrack of “muzak”.

Cage was directly inspired by the White Paintings created by his close friend and collaborator the American artist Robert Rauschenberg (below). These seemingly “blank” canvasses change depending on the light conditions of the rooms in which they are hung. 4’33 is, in effect, an “aural blank canvas”, reflecting the ever-changing ambient sounds surrounding each performance, and onto which performers and audience may place their own interpretation and responses, complementing Rauschenberg’s contention that an artwork is incomplete without the presence of the viewer (or audience). Neither composer nor artist has any control or impact on the piece; the piece is created purely from the ambient sounds heard and created by the audience and the performance space, and in this way, the audience becomes crucial to the performance experience. (There are parallels with other visual artists too, including Carl André and Marina Abramovic, both of whose work explores the relationship between artist, artwork and audience.) 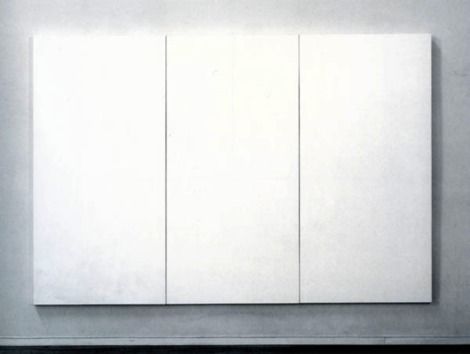 In the last few years, I’ve been to three performances of 4’33”. The first was in July 2017 at a private performance by American pianist Adam Tendler, at which everyone in the tiny exclusive audience knew exactly what was going on. The other performances were in 2018, given by Canadian pianist Annie Yim as part of her MusicArt “conceptual concerts”, which combine music, words and art. Each performance was unique, the experience determined by performer, location and audience – just as Cage intended.

Annie Yim’s latest MusicArt event, a Conceptual Concert in Three Acts, drew inspiration from the creative collaboration between John Cage and American artist Robert Rauschenberg, and the concert took place in a private gallery in London’s Mayfair where Rauschenberg’s “Spreads” collages were on display. Cage’s work was the finale of the event and at this particular performance, I felt we came closest to what the audience experienced at the very first performance of 4’33”.

As specified by the composer, the piano lid was closed and then raised to signal the start of the work – and subsequently closed and raised to indicate the separate movements (4’33” is scored in three movements). Large mirrors sited on either side of the piano allowed us, the audience, a sense of being on stage with the performers and reflected our reactions back to us – something I think Cage would have thoroughly enjoyed. As the piece moved inexorably through its silent bars, the ambient sounds of the gallery, the noise of the street outside (including a rather musical motorbike starting up), the constant rumble of a vibrant big city at nighttime, and the living, breathing audience all infused the performance. The audience was not the usual classical concert audience and some were distinctly unsettled or confused by this “music” which was apparently completely silent! Ahead of me, a woman looked around anxiously, as if seeking reassurance that all was well from her fellow audience members. In the front row someone tapped, somewhat impatiently, their wine glass. There were embarrassed titters of laughter, some sighing and coughing, quickly suppressed as befits good concert etiquette. Behind me, about 3 minutes in, someone clapped, trying to pre-empt the end of the performance, but no one else joined in and the performers adhered assiduously to Cage’s directions, the work ending when the appropriate time had elapsed and the piano lid was finally closed.

This, for me, was the best performance of 4’33” I have attended so far – because it did exactly what Cage intended and proved that the work still has the power to intrigue, amuse and provoke. 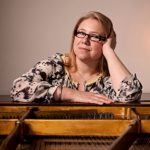 Frances Wilson is a pianist, music PR, writer and blogger on classical music and pianism as The Cross-Eyed Pianist, described by concert pianist Peter Donohoe as “an important voice in the piano world”. She is also founder and editor of ArtMuseLondon, a site focussing on reviews of art and music in London. From 2011 to 2018 she reviewed for international concert and opera listings site Bachtrack.com. She has contributed to Pianist magazine and The Schubertian, the journal of the Schubert Institute UK, and writes regularly for Hong Kong-based classical music site Interlude HK. She has also appeared on BBC Radio Three’s Music Matters programme with Tom Service to discuss the effect of the internet on music criticism today.

A Performance by William Marx of John Cage’s 4’33” 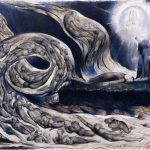 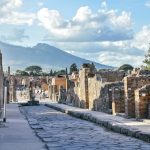 An Exercise in Abstractionism: My Visit to PompeiiAll Posts, Cultural Explorations